The third film from BAFTA-winning director Amma Asante, A United Kingdom tells the true story of Seretse Khama, King of Bechuanaland (played by DAVID) and Ruth Williams (Rosamund Pike), the London office worker he married in 1947 in the face of fierce opposition from their families and the British and South African governments. The film is testament to a defiant and enduring love story and celebrates the triumph of love and intelligence over intolerance and oppression.

The LFF gala screening, which will be the film’s European premiere, will open the festival on October 5th and there will be a live cinecast from the London event and simultaneous screenings in movie theatres across the UK. The film’s screenplay is penned by Guy Hibbert, based on the book Color Bar by Susan Williams, and HH clients JACK DAVENPORT and JESSICA OYELOWO also star.

The BFI London Film Festival runs from October 5-16. The full program will be announced in September. 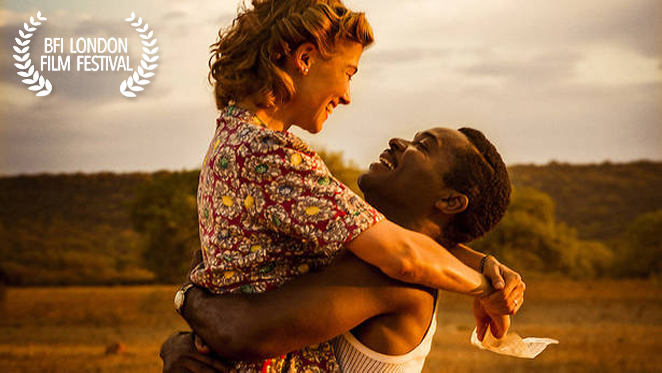