In just over a week, the first episode of the highly-anticipated television remake of classic horror film The Exorcist will premiere on US channel FOX, starring HH client BEN DANIELS in the titular role. And very excitingly, the first reviews are glowing and full of praise for BEN and the show as a whole.

The Exorcist offers a modern reinvention of the classic horror franchise inspired by William Blatty’s original 1971 book, more than four decades after the Academy Award-nominated film solidified itself as the greatest horror movie ever made. Returning now in series format, the show is written by Jeremy Slater, directed by Rupert Wyatt and is a propulsive psychological thriller following two very different priests tackling one family’s case of horrifying demonic possession. Alfonso Herrera stars as Father Tomas Ortega – the warm, selfless and compassionate leader of a small but hearty little church; BEN stars as Father Marcus Lang – an intense ‘holy warrior’ carrying out an occupation that the church no longer acknowledges in public; and Geena Davis plays Angela Rance, the tormented mother of a possessed young girl.

According to this fantastic Variety review, the drama "does a truly impressive job" and the pilot episode gives "an exceptionally effective starting point" full of "meticulous choices [that] reinforce a quiet yet palpable sense of dread and foreboding".

BEN receives similar praise: "The Exorcist needs actors who can easily transition between operatic scenarios and quieter moments of resignation and fear, and Daniels’ nimbleness in this regard is exceptional". The review goes on to celebrate "his charisma and finely calibrated range", naming BEN and co-star Geena Davis as "two very strong foundations". Read the full review here.

Fansided.com has also given a glowing review of BEN's work in the show, explaining why "his performance is going to make you a believer" and how he "has an ability to take control of every single project in which he appears...he doesn’t just sink his teeth into roles; he tears them apart." Check out the full article here.

If you're in America, tune in to FOX next Friday September 23 for the premiere. Until then, check out the trailer below (and prepare yourself for shivers as Mike Oldfield's eery classic Tubular Bells - the theme from the original 1973 movie - kicks in at the end!) 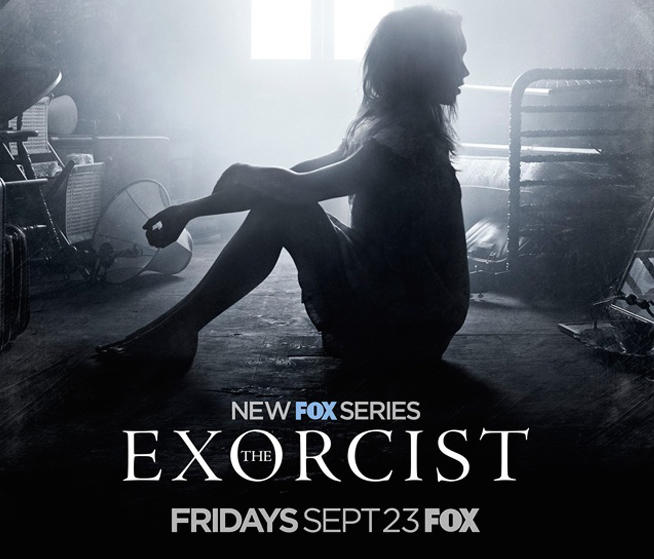