The Guardian's review is full of well-deserved praise for HAYLEY and her portrayal of of the much beloved character from Marvel's comics and films, describing her "winning performance" as "the sort of lead any show would kill for" and how she "juggles it all with aplomb." 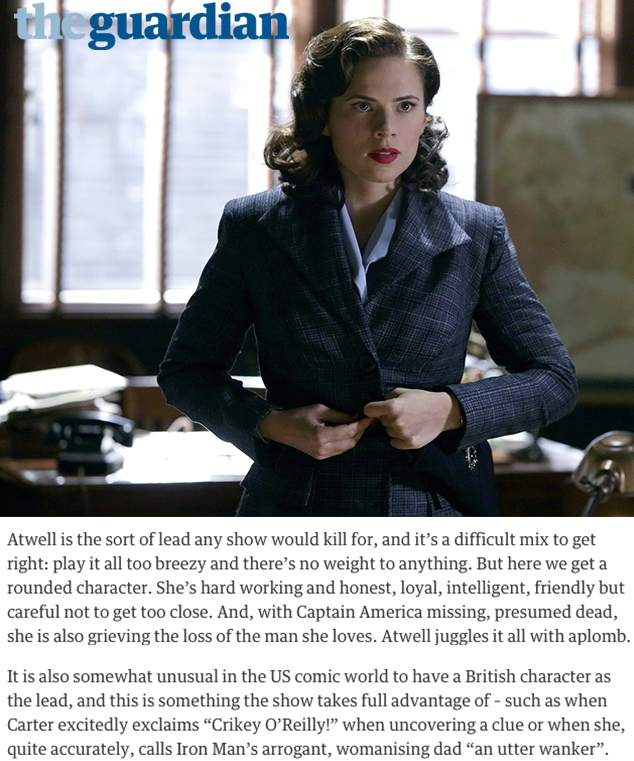 The second season of Marvel's Agent Carter is currently airing in the UK on Thursdays at 9pm on FOX. Watch the trailer below: