BBC Two’s comedy series Two Doors Down returns to Latimer Crescent this week for a new six-part series, starring our hilarious and brilliant DOON MACKICHAN as one of the series leads. Episode One premieres tomorrow night, Friday 1 April at 10pm on BBC Two.

Originally airing back in January 2014 as a one-off episode set in a chaotic Hogmanay party, the show now returns as a full series, revisiting Eric and Beth Baird, their family and their questionable neighbours. Exploring the best and worst of family life, Two Doors Down centres on the residents of Latimer Crescent, which include DOON's insufferable Cathy, an awful snob who considers the street they live on to be below her social status.

Check out the video below for a preview of tomorrow's series premiere and get a glimpse of DOON in action as the hilariously pretentious Cathy! Be sure to tune in every Friday at 10pm and you can check out a bunch of series previews and clips on the show's official BBC page here. 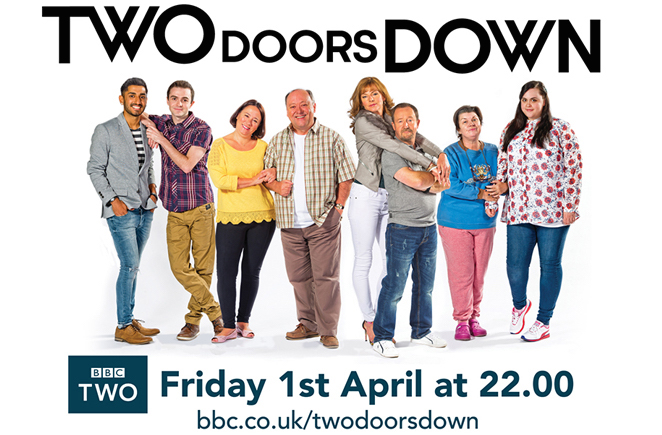