Bronagh Gallagher At London's The Lexington 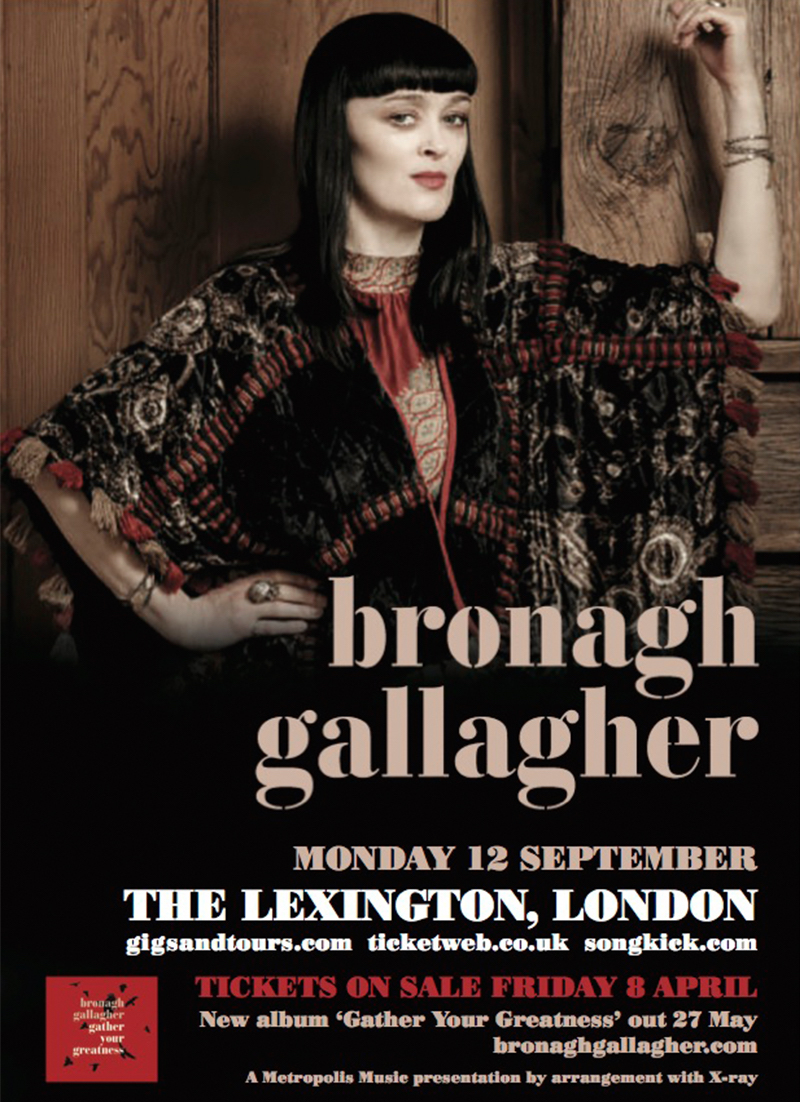 Our supremely talented soulful songbird, the one-and-only BRONAGH GALLAGHER, will be playing an exclusive gig at London's The Lexington club on Monday 12th September to promote her outstanding new album Gather Your Greatness.

Having been writing and recording with her band for the last two and a half years in-between a successful film and television career, BRONAGH released her third full-length studio album on May 27th...and it's absolutely stunning! Staying true to her winning formula of beautiful soul and rock ’n’ roll, BRONAGH has collaborated with long-time friend, co-producer & guitar player Conor Brady, along with pianist & composer Cian Boylan (who composed the string and brass sections) on this soaring and uplifting collection of songs.

Don't miss BRONAGH performing these new songs live in London on Monday 12th September. Get your tickets from her official website quick before they all sell out!

In the meantime, you can check out the album’s first single Crimes and a live rendition of album track Hand On My Heart below.