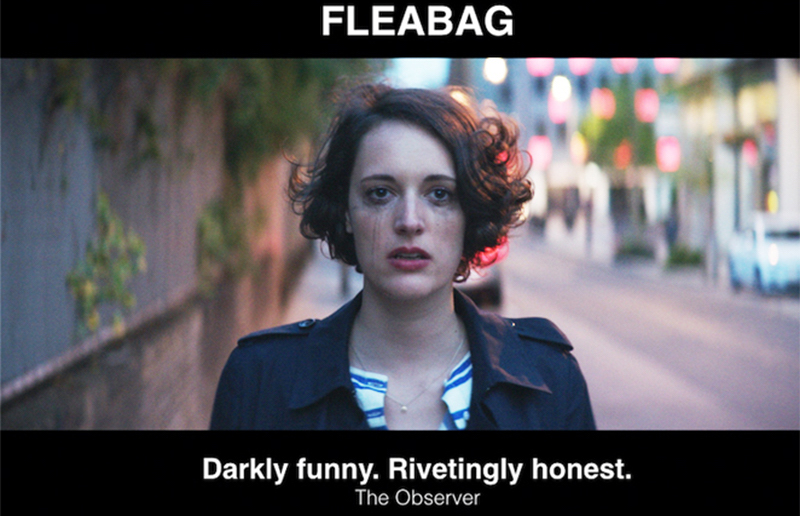 Fleabag is a new feminist comedy-drama for BBC Three, starring Olivia Colman and our very own BEN ALDRIDGE.

The sexually explicit, six-part comedy series is based on the acclaimed 2013 Olivier Award-nominated monologue of the same name by Phoebe Waller-Bridge, who also takes the title role in the television adaptation. The character of Fleabag is described as a ‘dry-witted, angry, cash-strapped, grief-riddled, porn-watching young woman trying to come to terms with a recent tragedy… sleeping with anyone who dares to stand too close, squeezing money from wherever she can, rejecting anyone who tries to help her, and keeping up her bravado throughout’.

Fleabag is an unflinching, clever look at tricky youth, terrible sex and self-destruction, which the Radio Times has described as "wonderful...[it] deserves some awards for its unusual, clever and brave depiction of a female world in disarray."

BEN stars as the amusingly named 'Arsehole Guy'. You'll know why after the show's opening scene!