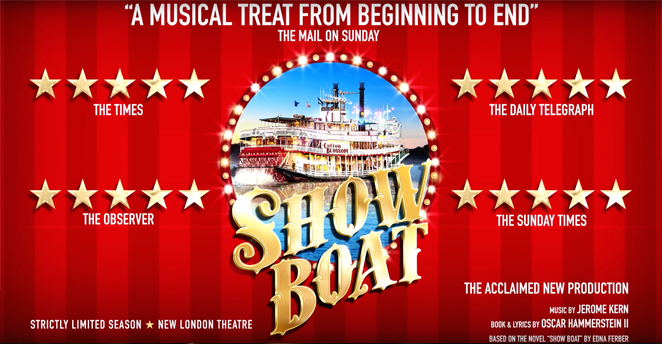 After a hugely successful run at the Sheffield Crucible theatre last December, classic musical revival Show Boat has now transferred to London's West End, where it's been receiving some fantastic and gushing reviews in the press this week, including 5 stars in The Times, The Observer, The Daily Telegraph, The Sunday Times and The Stage.

Directed by HH client and Artistic Director of Sheffield Theatres DANIEL EVANS and starring HH clients LUCY BRIERS and EMMANUEL KOJO in leading roles, Jerome Kern and Oscar Hammerstein II’s pioneering 1927 musical - which set the original template for the 'musical' as we know it today - tells the story of the lives of the performers, stagehands and dock workers on the Cotton Blossom, a Mississippi Rivershow boat, over 40 years from 1887 to 1927. The show incorporates themes of racial prejudice and tragic, enduring love and contains classic songs such as Ol’ Man River and Can’t Help Lovin’ Dat Man.

The spectacular production, slick direction and top-notch performances have all been receiving rave reviews:

The Telegraph's 5-star review describes DANIEL's revival as "superb", a "big ambitious treat...an evening that radiates not only immense talent across the board but also supreme confidence in its material" and calls EMMANUEL's performance of Ol' Man River "exquisite".

The Stage's 5-star review calls the show "rapturous" with "magnificent staging [that] makes it feel both revolutionary and timeless"; "the joy and surprise of Daniel Evans' mighty new production...maintains the epic sweep of the show, while also bringing its tender, poignant love stories into heartbreaking focus...with stunning vocal performances led by Emmanuel Kojo".

The Evening Standard calls the show a "brilliant boat of musical delights" and "a knockout", stating "Daniel Evans has constructed...a classy production...in [a] triumphant transfer...Every number is a delight and the spirited ensemble brings each one to rousing life."

The LononTheatre.co.uk review also gives Show Boat 5 stars, calling it "a miracle of a production...rendered with immense power and vocal heft by a cast that features such stunning singers". And with regards to the direction, "it's stunning to look at; and Evans's production populates it with life and movement".

As well as heaping praise on DANIEL's direction, the review for TheArtsDesk.com gives a shout out to LUCY and her portrayal of Parthy, "a steadfast sourpuss whom Lucy Briers invests with the necessarily dour devotion."

Show Boat is playing now at the New London Theatre until January 7, 2017 - book your tickets here before it's too late! And be sure to check out the videos below; exclusive rehearsal footage of EMMANUEL performing Ol' Man River followed by a trailer for the show: 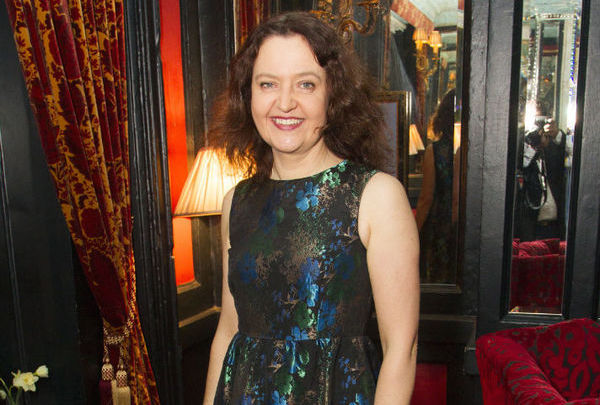