Nominations for the 2017 EE British Academy Film Awards (BAFTAs) have been announced, and big congratulations go to our clients AARON TAYLOR-JOHNSON, LAIA COSTA and ANTHONY BOYLE!

AARON, who this week won the Golden Globe Supporting Actor award for his amazing performance in Nocturnal Animals, is nominated here in the BAFTA Supporting Actor category, for the same role.

The ANTHONY BOYLE-starring short film The Party is nominated in the British Short Film category.

And last but by no means least, our incredible LAIA COSTA has been nominated for this year's EE Rising Star award. Having starred in the critically-acclaimed, one-take masterpiece Victoria, which was almost entirely improvised by the actors, LAIA's lead performance landed her on The New York Times’ 2015 “Breakthrough Performances of the Fall Season” list. She also won the LOLA for Best Actress. In addition, she was nominated for a European Film Award for Best European Actress and the film was nominated for Best European Film. We're thrilled about her Rising Star nomination, which is voted for by you - the public. You can vote for LAIA online here until 12pm on 10 February. GO VOTE! And tell all your friends to do the same.

Once again, our magnificent STEPHEN FRY will be presenting the ceremony, taking place this year on Sunday 12 February.

Fingers crossed for all our clients! 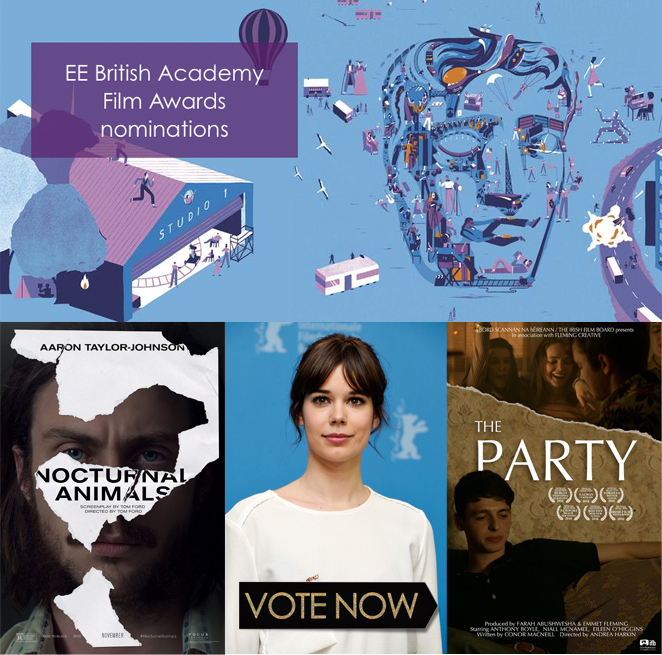