Very exciting news: The nominees have been announced for the 2016 BAFTA Television Awards and this year's prestigious list is somewhat of an HH extravaganza, with nominations for twelve shows starring our wonderful clients!

First up, huge congratulations go to BEN WHISHAW, MARK RYLANCE and STEPHEN FRY, each of whom is nominated individually. Both BEN and MARK are nominated in the Leading Actor category; BEN receives his nomination for his role in the BBC's London Spy and MARK is nominated for Wolf Hall, for which he also earned an Emmy nomination last year. Wolf Hall, which also starred NATASHA LITTLE, LUCY RUSSELL and EMMA HIDDLESTON, has also received a further three BAFTA nominations this year, including one for Drama Series.

STEPHEN FRY's nomination is for Entertainment Performance, for QI, which is also nominated in the Comedy and Comedy Entertainment Programme category.

Doctor Foster also finds itself nominated for the Radio Times Audience Award (voted for by members of the public) alongside both Poldark, which starred KYLE SOLLER, and Humans, which starred RUTH BRADLEY. In turn, Humans is also nominated in the Drama Series category, alongside Wolf Hall and also No Offence, starring HH Voice client JOANNA SCANLAN.

Holby City, which stars ALEX WALKINSHAW, is up for Soap and Continuing Drama; the GREGORY FITOUSSI-led Spiral is nominated for the International award; and Peep Show, starring PATERSON JOSEPH, is nominated in the Scripted Comedy category.

Hugest congratulations to all nominated clients and the shows in which they star! The winners will be announced at the official ceremony which takes place on Sunday 8 May at the Royal Festival Hall in London. Public tickets for the event will go on sale at 10am on Wednesday 17 February 2016. 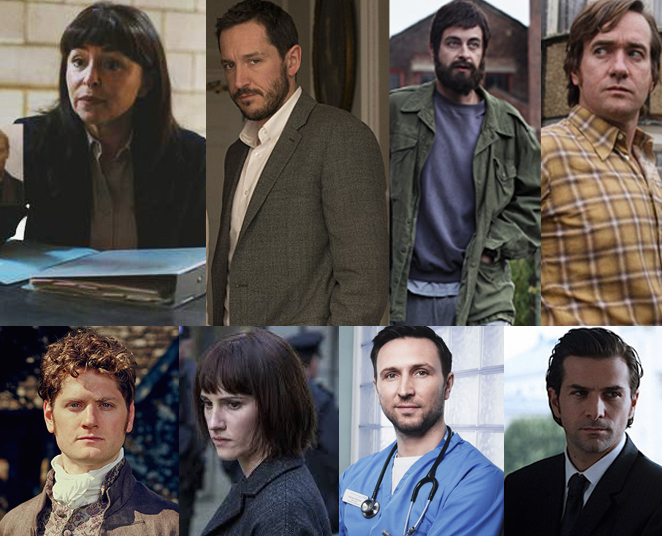